This Month in Data Science: December

As 2015 comes to an end, data science watchers and practitioners look to the year ahead and predict how the discipline will be transformed in 2016. But before we ring in the new year, here’s our roundup of the top data science news in December, both from Pivotal and beyond.

Daniel Gutierrez at Inside BigData proposes his predictions for the new year, pointing to the continued growth in use cases and educational programs. He also emphasizes the increase in the usage of deep learning techniques and the adoption of web-native languages and technologies.

How Data Science Is Driving The Driverless Car

In 2015, it seemed like every major consumer technology giant announced its intentions to develop a driverless car, but the technologies behind self-driving vehicles remained elusive. Not surprising, driverless cars are driven by a mass of real-time data being collected from sensors. In this article, Hannah Augur demystifies the data science techniques and algorithms that are powering these promised vehicles.

The second Data Science Bowl was announced last week, challenging data scientists to compete to find better, data-driven ways to diagnose heart disease. The aim is to develop better predictive algorithms which can transform the cardiology field and ultimately save lives.

The 10 Top Data Science Courses For Jobs In Finance

Data science is hot in finance, and as banks look to expand their staffs in the coming years, banks will be looking for prospects with specific computer science toolsets. This post breaks down the top data science college courses to prepare for a career in finance at top ranked schools.

Top Trends For Mobile Advertising And Data Science In 2016

Mobile advertising has been the next big thing for a few years now, but the payoff hasn’t met expectations to date. Ad Age looks at how data science techniques will optimize mobile advertising and increase profits in the coming year, thanks to technologies such as location-based beacon advertising, more sophisticated wearables, and better-tuned audience modeling.

There are a lot of factors to what makes a hit rap song—flow, delivery, hook, and much more—but a number of Berkeley students think that they can break songs down to their constitutive parts and predict which will be a hit. They use algorithms to analyze not only lyrical patterns but also the themes, which they state have historically played a major role in determining which songs are hits.

This Month In Pivotal Data Science

Former Wikibon analyst Jeff Kelly just joined the Pivotal Big Data team. Jeff has deep expertise in this market, having covered business intelligence, analytics, and big data for the past 8 years. In this post, we sit down to talk about his background, what brought him to Pivotal, his role here, and why big data matters to companies around the world.

In this series of blog posts, Pivotal’s Jin Yu and Anirudh Kondaveeti discuss how data science techniques can be used to detect network security threats. This post introduces the use of graph mining techniques to discover suspicious domain interaction structures, which may not necessarily be captured in sequential patterns. Specifically, we are interested in detecting highly connected domain social networks to flag potential coordinated attacks such as watering hole attacks and also small isolated networks that resemble a botnet-like structure.

Since inception, stock traders have used information to make decisions. Over time, this led to algorithmic trading—where machines use machine learning and predictive models to make trade decisions. Today, many other industries use real-time, predictive decisions to optimize business decisions, and this includes internet advertising, energy, logistics, and travel, to name a few. This post explains an architecture where open source components can be used for real-time stock prediction.

A Look At The Implications Of Real-Time Data

When building systems to handle real-time or streaming data, we need to look at some architectural elements differently. We cannot rely on the patterns of the past, but we can learn from the mistakes and successes of others! In this episode of Pivotal Conversations, we explore some of the key considerations when designing software to handle real-time data. 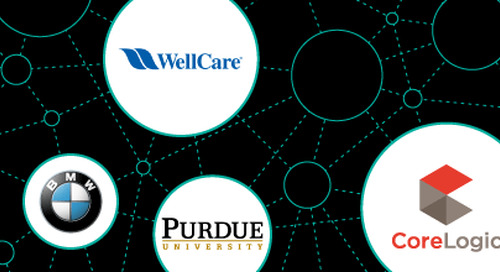 Show Me The Customers: A Former Analyst’s View Of The Big Data Space

After his first month at Pivotal, former Wikibon analyst Jeff Kelly starts his contributions to the Pivotal... 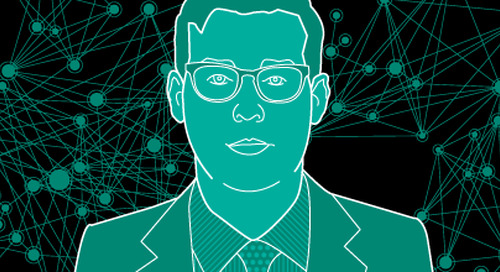